We have mentioned before that both Pressflow 6.x and Drupal 7.x (but not core Drupal 6.x), disable page caching when a session is created for an anonymous user.

An extreme case of this happened recently, because of a perfect storm.

The client sends a newsletter to site users, be they who have accounts on the site, or others who just entered their email to get the newsletter.

After a recent code change, when a newsletter was sent, suddenly, we found saw a very high load average, very high CPU usage, and because we plot the number of logged in and anonymous users too, we found around 800 anonymous users on the site, in addition to the peak of 400 logged in users!

Since this is Pressflow, anonymous users are mostly served by Varnish, and they are not supposed to have sessions.

So, we started to investigate those anonymous sessions in the database, in the sessions table.

Indeed, there are lots of anonymous sessions.

And upon closer investigation, most of those sessions had a message in them saying "Comment field is requried".

And just to compare the day the newsletter was sent to other days, we confirmed that indeed, that day had many multiples of any other day in terms of sessions.

In fact, more than 5X the highest day prior, and up to 55X higher than more typical days.

Graphs show the magnitude of the problem

Look at the graphs, to the very right of each one, after Friday noon.

You can see how the load shot up after the newsletter was sent: 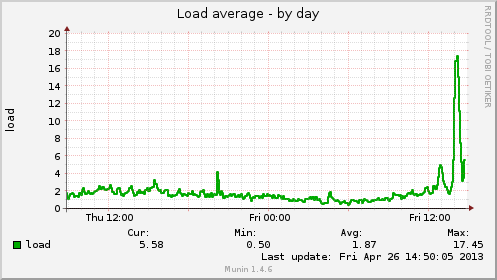 The number of anonymous sessions shot up from only a handful to around 800! 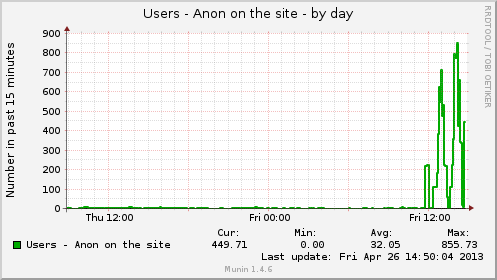 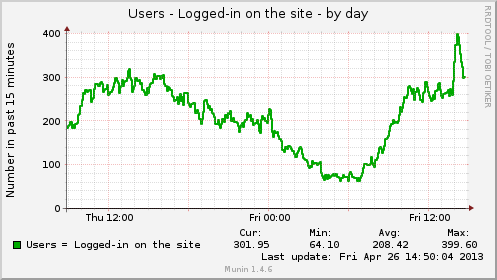 The number of SQL queries also shot up. 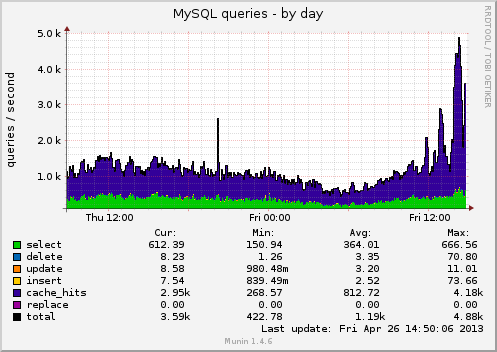 And so did the MySQL threads too. 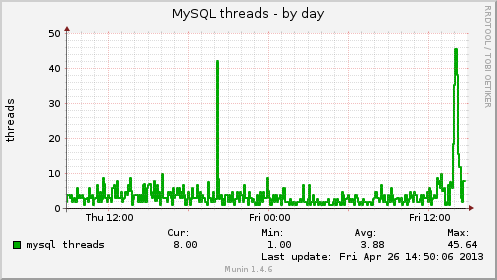 And the CPU usage was very high, with the server trying to serve around 1200 users with no caching for them. 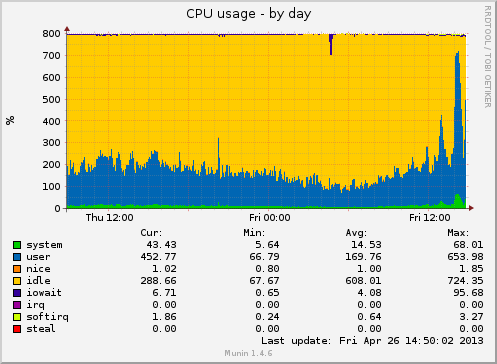 If people clicked on the button to add their email, Pressflow complained about the missing comment field. And since any message, be it for a logged in users or an anonymous one, is stored in a session, all users who tried to register for an account were treated as logged in users in that they bypass the page cache for Pressflow. This effectively tripled the number of logged in users (from 400 to 1200), who all have to execute PHP and MySQL queries and not being served from Varnish.

After that, the newsletter was sent without increasing the load the server at all.

Although this problem was on Pressflow 6.x, it should apply to Drupal 7.x as well, since it also disables sessions for anonymous users.

Thanks for sharing this

Thanks for sharing this informative post. If people clicked on the button to add their email, Pressflow complained about the missing comment field, then this is a root Cause Analysis

There's many betting internet websites for australian online players but when you need the most beneficial free pokies you'll want to stop by this online gambling which often is filled with testimonials and also slots games downloads.
Internet internet gambling Australia wide. The on the net wagering web site for australian gamers which may have slots, live roulette and video texas hold'em, strongly suggested.